Nearly a year after our launch event in Pune, the SUNRISE partners met up in IIT Delhi at the beginning of February for the International Workshop and Conference on Perovskite and Hybrid Photovoltaics (ICPHPV), jointly supported by Newton Prize and British Council. Kindly hosted and organised by Professors Viresh Dutta (IIT Delhi) and Hari Upadhyaya (LSBU) to showcase the impact of the APEX collaboration, we had three days of talks on the theme of solar energy technologies followed by a workshop for early career researchers supported by British Council Researcher Links. The five day event gave an exciting glimpse into what has been achieved so far, and we all left Delhi with renewed enthusiasm for what we can achieve together in the future.

Day 1: Setting the Scene for Solar

We arrived at the venue on Monday morning for the first day of the ICPHPV conference, and were welcomed by IIT Delhi’s director, Professor Ram Gopal Rao. The inaugural session then set the scene for India’s growing commitment to solar power, and the potential for India-UK collaborations.

Professor Ashutosh Sharma, Secretary for DST India, opened the session by revealing India’s ambitious solar energy target of 100 gigawatts by 2020. He is confident that India is well on the right path to achieve this target, and showed us an ongoing programme to install solar panels on the roofs of trains. Mr Asgar Qadri of UKRI India followed by discussing the growing investment in co-funded UK-India research and innovation programmes. Since 2008, over £300 million has been invested by UKRI in such programmes, including GCRF projects like SUNRISE. Lastly, Mr Arunavo Mukerjee (Tata Cleantech) described how the recent growth of the building sector in India is placing greater demand on electricity distribution infrastructure, and how active solar-powered buildings that generate their own energy could help ease this demand. It seems the timing could not be better for SUNRISE! 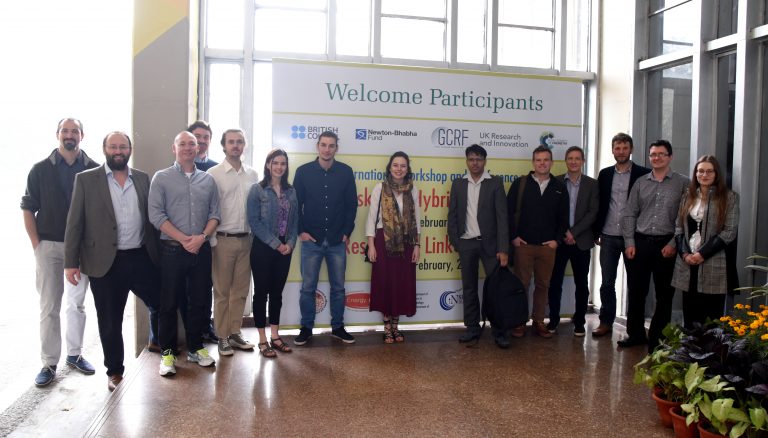 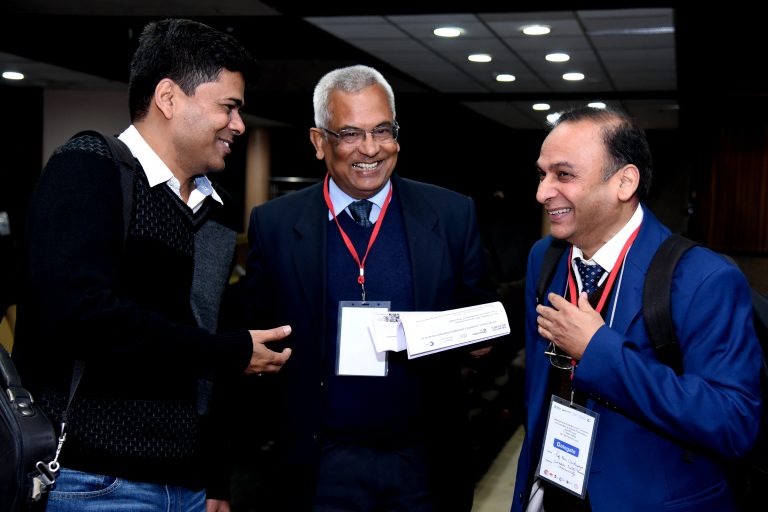 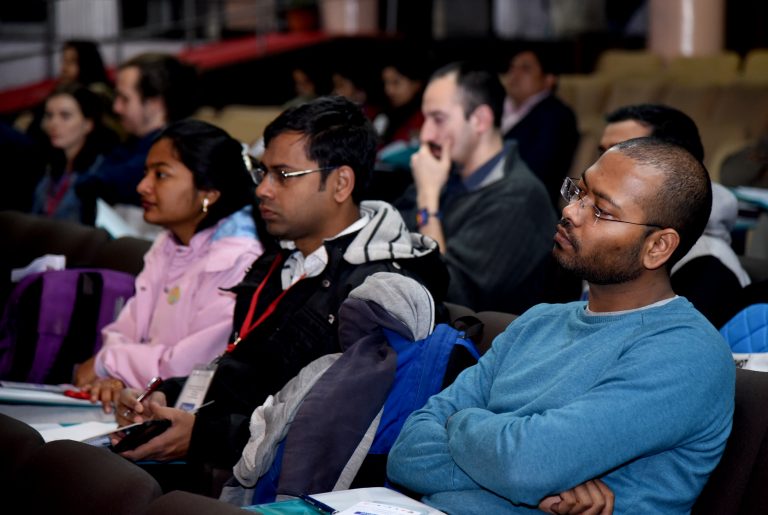 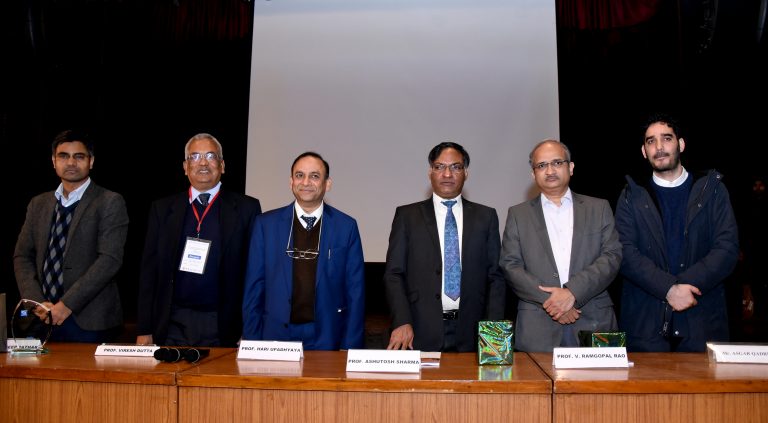 But there are other important things to consider for the implementation of our building demonstrators. Dr Su Varma (NSG Pilkington) gave his valuable industry perspective, Dr Mark Spratt talked about his work with Solapak Systems on improving human-digital engagement with solar systems, and Dr Raju Gupta (IIT Kanpur) discussed methods for energy storage.

At lunch, we all had the opportunity to look at the posters on display, and the panel of judges began the tough deliberations over which poster to pick as a winner. In the evening we all gathered at the hotel for a meal and to continue to develop collaborations in a less formal setting. 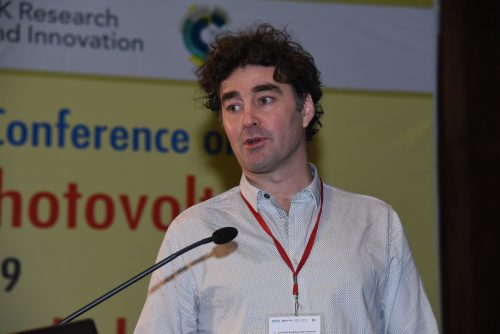 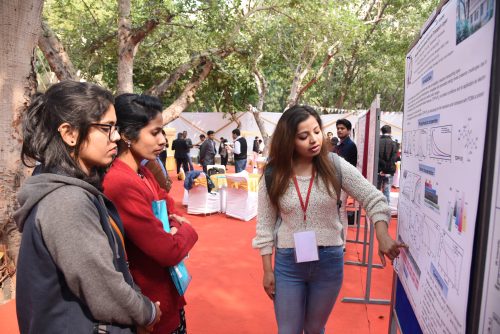 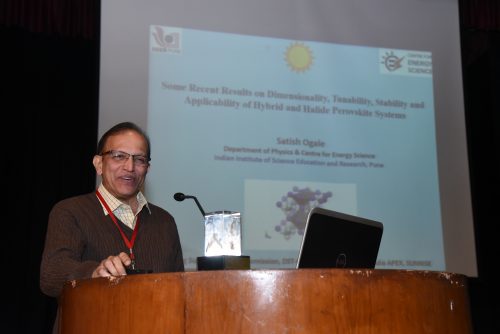 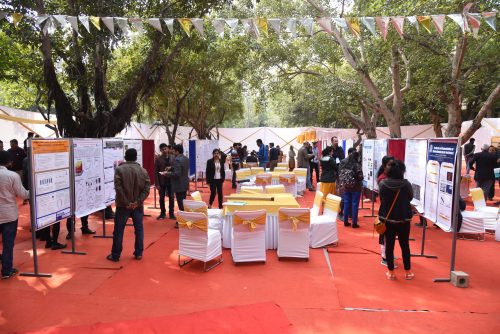 We also heard from Mr Praveer Sinha, the CEO and MD of Tata Power, on ways to address the challenge of bringing 24/7 electricity to the millions of people in rural India currently without power. The proposed methods revolved around the idea of ‘creating the ecosystem for sustainability’ by creating demand and optimizing costs.

We celebrated the end of the conference with dinner and drinks kindly arranged by Professor Viresh Dutta at his home. 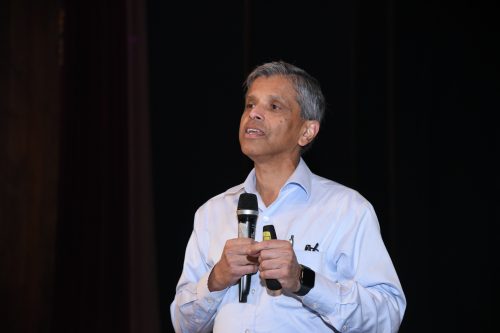 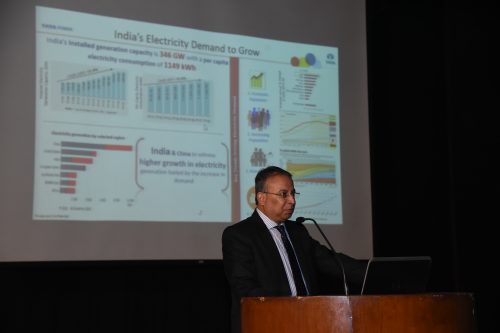 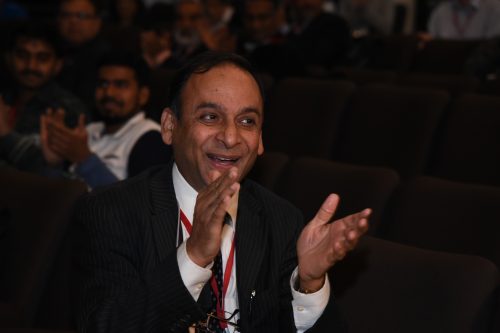 The final two days were dedicated to a workshop specially arranged for early career researchers and was supported by British Council Researcher Links. Participants learnt skills to help further their careers in academia, including advice for writing papers and submitting funding bids.

“I very much enjoyed the workshop entitled “The art of Scientific Publication” delivered by Professor Prashant Kamat from University of Notre Dame (Indiana, USA). Not only was the material extremely useful but the way it was delivered was brilliant! I honestly could not take pictures or notes fast enough, how interesting it all was. The main thing I took from this workshop and need to improve myself is to practice writing, take some time every day and just write. I look forward to hearing Prof. Kamat speak again!” – Dr Catherine S. De Castro, Swansea University

Our visit to Delhi was both fruitful and enjoyable! Existing partnerships were strengthened, and new relationships were forged. While the noticeably poor air quality in Delhi acted as a sobering reminder of what needs to be achieved, it was heartening to see such an ambitious drive toward solar power in India.

Some of us managed to fit in some sightseeing too! 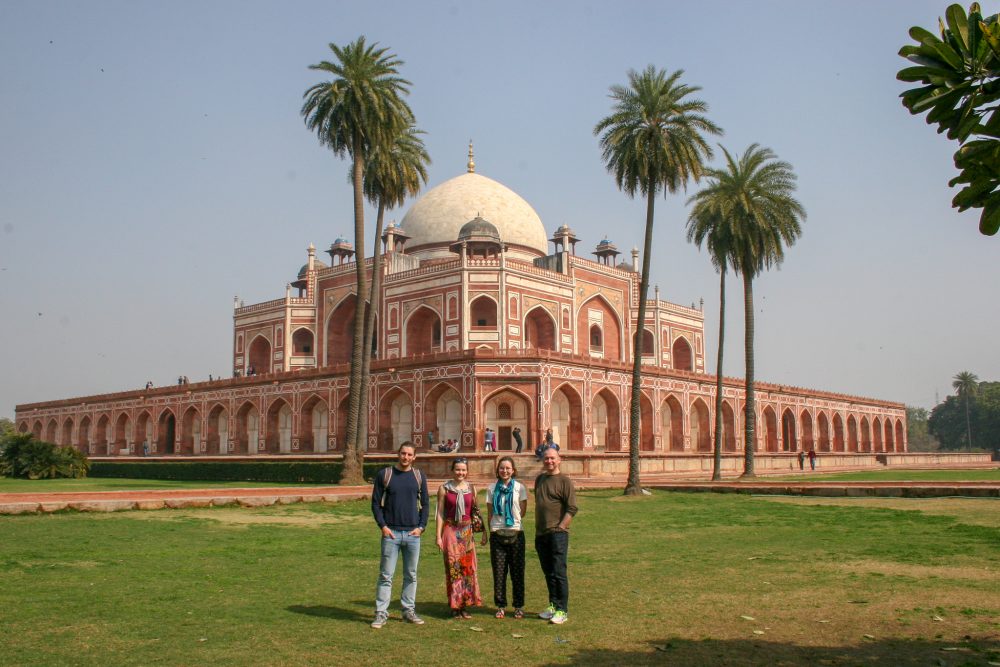 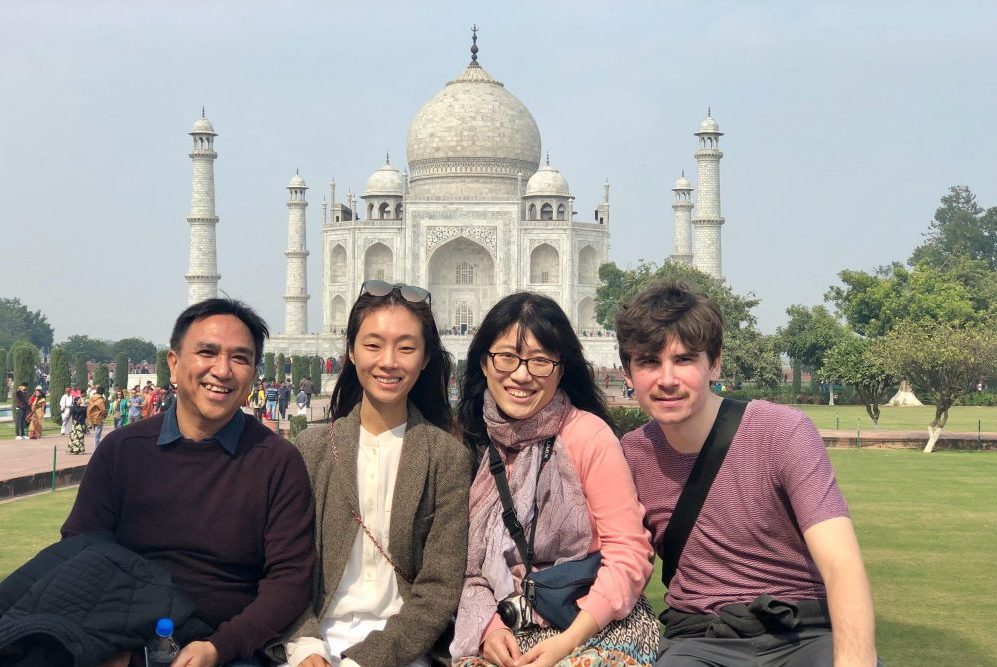 Community involvement with the people of Khuded: Q&A with Khushboo Ahire